Live, laugh, loving what we enjoy

“Ugh, he makes his whole personality about liking The Office.”

I started seeing so many memes and TikToks about how it’s a red flag to meet a guy (or girl, I suppose) or see him on a dating app proudly sharing his love of the show The Office. And even outside of the gender binary, a popular opinion has now become that liking this show is considered ‘basic’. This phenomenon is not associated with this show or type of media only, though. There seems to be some shape-shifting list of things that are mainstream and enjoyed by many, but come to an invisible line where it is no longer cool to enjoy such things. Or, at least, to be open about the fact that we enjoy them.

The argument is that liking a highly popular show doesn’t tell people anything about you or your personality. But I would argue that a large portion of my personality and what I like is based on the media I consumed growing up and even some of the things I consume now. If I really think about it, I’m wondering how much of my path in life was steered by my eyes being glued to the likes of All That or The Amanda Show. Of course, I decide what I like and what new characteristics I want to take on, but who’s to say that these decisions aren’t made from the core of who I am outside of these media?

We are constantly learning and evolving, and a large part of that, I believe, comes from the media that is created and consumed. What’s so bad about that? How else are we going to learn from each other and get insight into others’ perspectives?

In a similar vein, let’s take an opportunity to discuss something that I personally have complicated feelings about: Disney adults.

Not gonna lie, I cringe inside when I see adults obsessing over Disney. Whether I’m online and see some social media posts about their latest trip to one of the parks where a branded shirt and the mouse ears. Or I walk into someone’s apartment and see a bunch of Disney stuff as decoration in their *adult* home. To a certain extent, I get the appeal – it’s whimsical and reminiscent of our childhood wonder. But I can’t wrap my head around the obsession and how it gets carried into everyday life.

At the same time, I absolutely think we should spend our disposable income on whatever makes us happy, or decorate our home however the hell we want. If something brings joy, why not lean into it? And I do think we spend a lot of our adult life finding comfort and entertainment in the same things that brought us comfort and entertainment as children. I don’t bat an eye when my friend tells me she watched Pocahontas the other night or when another friend tells me she spent the last 24 hours playing The Sims. Sometimes I do those things too and fully enjoy it. 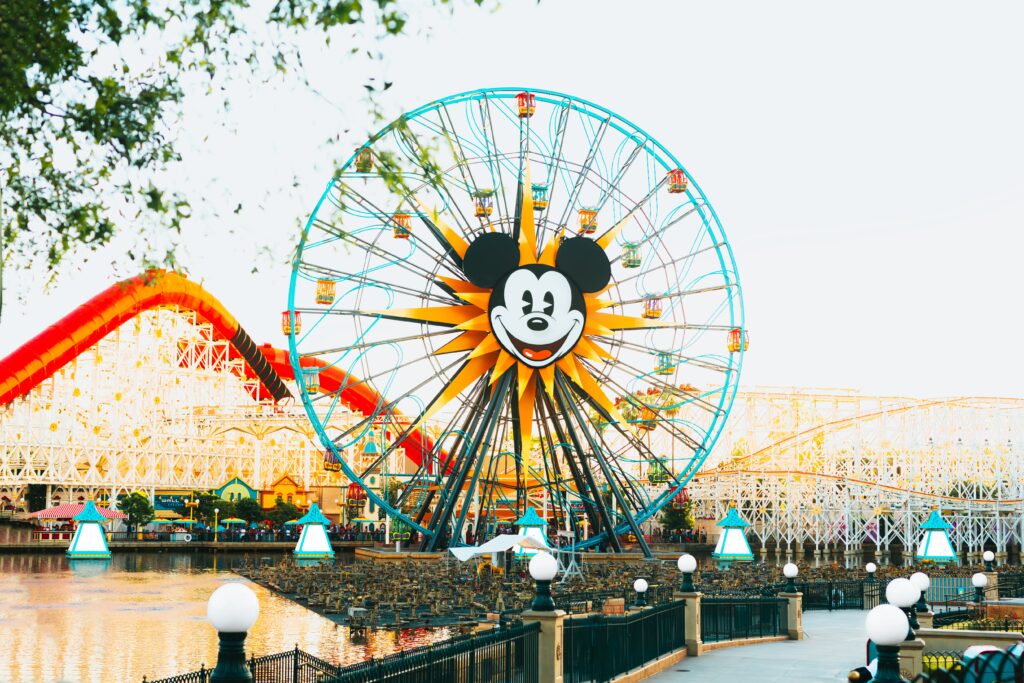 Maybe part of the ‘problem’ with the animosity toward people who enjoy The Office is that it just feels so oversaturated. It’s an iconic and widely-loved comedy, but it’s certainly not the only one. I’m thinking about shows like Parks & Recreation, Arrested Development, Seinfeld, Brooklyn 99, 30 Rock. Or what about beloved comedy sitcoms like Friends, Two and a Half Men, Modern Family, How I Met Your Mother? We know and love these shows, but why aren’t their iconic lines being used on dating apps in the same way as The Office? Here are a few examples I can think of that you can add to your dating profile:

I’m looking for someone to love as much as Pawnee loved Lil’ Sebastian. (Parks & Recreation)

If you enjoy hard cheeses and are looking forward to that feeling you have when you’re 10 years into a relationship like Liz Lemon, I think we’ll hit it off. (30 Rock)

Let’s be like Ross and Rachel so we can…wait, no, let’s be like Chandler and Monica. (Friends)

I’m done with my Barney Stinson phase. It’s time for my Ted Moseby era and I’m looking to settle down. (How I Met Your Mother)

What we consider to be red flags in a person is constantly changing and are dependent on the current culture. Of course some things are universal, like a criminal record, but maybe we shouldn’t be so harsh about certain things in pop culture that are essentially harmless.

I don’t have an explanation for my double-standard and complicated feelings toward ‘Disney adults’. But my basis opinion for basically anything remains the same – as long as it’s not hurting anyone and people are minding their own business, it’s fine by me and doesn’t require my unsolicited opinion. And yeah, you could argue that this blog post includes some unsolicited opinions, but hey, it’s MY blog and you chose to read it! 😁

Is it problematic that my social media is a highlight reel?

Differences between the USA and Germany Pt. I